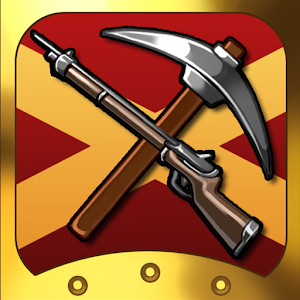 Good game, but bad coding The game eats way too much RAM in background process (about 100 MB, almost as much as a web browser, WTF is this game doing in the background?) the resource trickle does not work on devices with not a lot of RAM to spare cause the process gets terminated all the time when it is exited out of. Pleease add landscape mode support.


Way too much tapping in the beginning. Most incrementals don't require so much clicking in the beginning(1000-2500 at most before reasonable auto cps is attainable) Much better games out that that are actually fun. The gameplay isn't rewarding at all it's dull and feels like a chore and not a game. The grinding should be towards the end game and the quick progress that's rewarding should be at the beginning to draw players in. Good luck. This just doesn't appeal to me as an incremental game.

Good game Only item of concern is that ore gets stuck, can't upgrade ore or generate more of it. Also, I really wish that the descriptions were actual descriptions with details such as rate of gathering on the other resources that are non clickable. I do really like this game, please continue development!

All progress lost.. Great game but my food capacity randomly went negative, despite having a ridiculous number of barns. It went to -(prev capacity) while buying barns if that helps.

Great but... The game crashes far too much. Possibly because unity is bad for mobile games

It is very fun, but short It is fun, really fun, but i feel like after you get independence the fun just kinda falls off. After that there us nothing to really do, but still a good game

Ads Can the developers make the buttons a bit of? Every time I tap them I end up hitting the ads once in a while. Either take the ads away or make the buttons bigger. Still 4 stars though. It is a very fun game.

Good little game. It gets repetitive and I found it hard to keep track of everything in the later game so eh

Good game... Except the food goes down too fast when you start having a large number of people

Used to love it Hey the game is great but the banner ads dont allow me to see my resource count.

Also you can't get cotton pickers! If you have too many workers you can never get enough food

Great but ..... This game is awsome everyone should play it however the barracks shouldnt just hold 1 person each

Losing all progress After crash or smt all of my progress lost.

Very good...but the logic for the amount of goods earned per second is a little off...and i wished we could attacked others

It's really fun, but it gets extremely boring after you gain independence.

This game is super fun This game is my 4th favorite game. Also it justneeds a little more to it Maybe more jobs and recorces to collect.

Good Needs offline respurce gathering my fingers have fell off.

Enjoying so far Fun and good twist on the clicker games

Well... I love the game, but make it so that you get the wood click upgrades first

Great game I feel like the leader of the colonist who is now the president of the independent America.


In 1492, you arrived in New World with a group of pioneers.Fortunately, New World had plentiful resources and a mild climate to live in.Now the only one necessary is a leader – who can lead them in the right way.Could you be a mighty leader who settles in New World?Could you declare independence from the […] 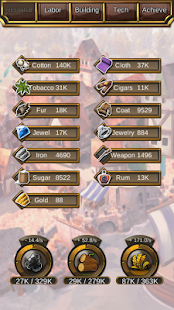 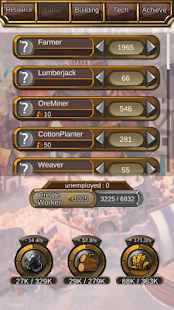 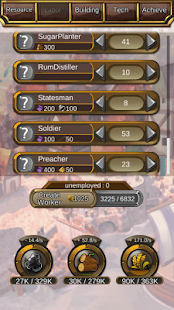 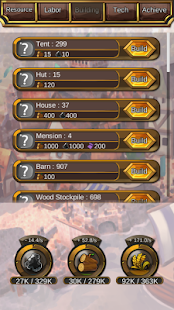 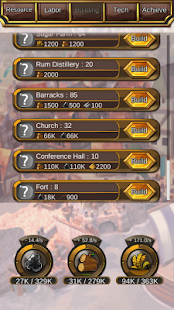 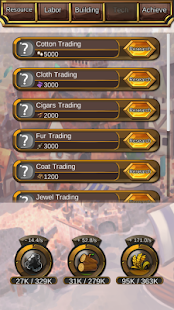 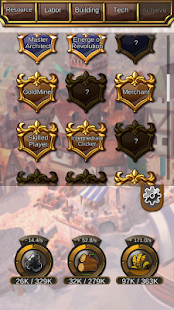