Annoyed I went 3-0 in tournement mode but still didnt make playoffs. Every other team had 3 points and i had 9.

This game is da worst game ever forget the five star rating by me.

I like it, but when playing with less accomplished teams the system doesn't put them through to the knockout rounds

Blocks me from the finals on the tournamemt. If you didnt cheat so the CPU didnt win all time then I will rate the game a 5.

Pretty crappy don't get it :( I agree when I choose America it says I'm playing when I'm really not it makes me so mad. Brooke I agree.

4 stars Its pretty good but could be better

I love this game and I think u should install it.

Need to update won't let just any team get to the final..

Unlike You call this fun wast of time

Very good game. Its quite simple and the players could celebrate when they score.

Fun for what it is, similar to fooseball.

Not a lot of fun but it keeps u busy

Is sick with it mexico mexico all day


Fun World Cup is a fun soccer game where you can kick your way to championsingle player- drag player using finger, player will kick the ball on touchtournament- simulate 25 day of world cup- you can bet each match using point- you play only when your team kick that day- choose from 32 countryv1.07 can […] 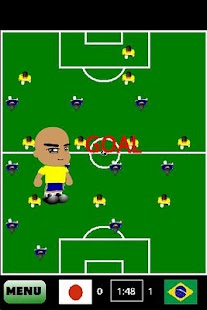 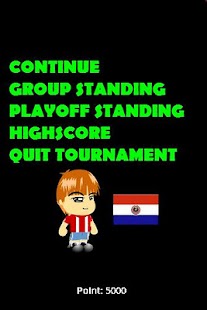