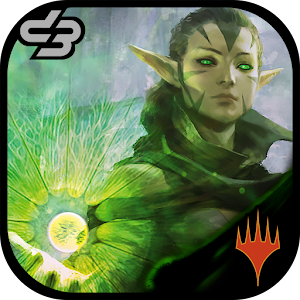 Everything lost Logged in today and everything I had accumulated was gone. Planeswalkers I had bought, I was only down to 15 cards, Nissa was back at level 1, every single story mission was locked. I tried recovering it through my fb save, nothing. Also, this game has issues responding to touch. Sometimes I have to hit a button 2, 3, 4, or more times to get it to respond. Thought this game would have less issues with how much extra time you guys took to release it.

How to use Magic: Puzzle Quest for PC and MAC

Now you can use Magic: Puzzle Quest on your PC or MAC.

What the hell? Was great game, played it for more then a week, then went to play today, and all my resource were gone, and my daily rewards to this point were erased and started back at day one. So, yea, i don't reccomend this game.

Fun, but buggy Fun game, but riddled with bugs. Four times I have had the ready screen show full health on the planeswalker only to get into a match and lose immediately due to not having any health. Also all of the buttons that have to be pushed are not working, they take a long time to recognize that a button was pressed.

Almost 5 stars I can't figure out how to edit my own deck. In a game like this, it should be self explanatory

Drains my phone Makes cpu/gpu run at 100% draining the system, making the phone so hot it hurts to tuch it.. Are you running a crypto miner in the background??

I hope this is still Beta. It's a pretty good game but there are still A LOT of problems to fix and polishing to do. Can't wait for it to get even better !

Lag-tastic money grab You've got to tap repeatedly on menu items to get them to do anything on the Note 5 and 4. The gameplay is unique but repetitive and the whole 'gem store' model is depressing.

Good and bad This game is great but it's not very touch responsive. Not sure where the problem is but when ease of use is fixed, I'll change this to a 5.

It's really addicting but... I really love the concept of the game, but it's missing a few key things. Such as if you get duplicate cards they don't do anything and also as any free game it has microtransactions which are fine, but the prices are crazy

Retains the feels of the IP, great time sink The game retains the depth of the original tcg, as well as it's variance. Deck building is satisfying although you can't build more than a monocolor, they are obviously keeping multicolor out of reach for the time being. You can finish the main "story mode" without paying if you play well enough. Cons: you can't do anything with duplicates you open in booster packs, they basically vanish. Also the PvP are actually matches you against other players deck, not actually the players themselves.

Good but I have no idea on some of the 'magic' terms such as renown and vigilance. It seems less friendly for those who never played mtg i guess. Overall very fun!

Fun, but needs improvement It's fun, but I find myself spending more time repeatedly tapping on the screen trying to get the game to register my input, than actually playing the game. I'm on a Galaxy S6.

Finally my Magic Fix!!! Long time Magic the Gathering lover and found this game while updating the marvel puzzle game. I like that u get boosters and just like the old days its fun to open them to see what u get. Also being able to swap out planeswalkers is nice if not I would get burnt out on it. Wish they did have more events or more rewards in the pvp mode. All in all a great game and I'm hooked :)

Fun to pass time Nice game that doesn't require purchases or constant supervision. Typical puzzle quest game with the added challenges of building a deck and strategically playing cards. You don't have to know anything about MtG to play (because I don't).

Good but... Good game but if you don't know the actual card game well, it does a bad job of explaining what the symbols are and the definition of the different statuses that are avaliable...

It's a good game I like the game, but levels don't really count for anything. Ive accidentally fought with a lower lvl planeswalker and dominated, but I've also faced people 8 or 9 lvls lower and they'll SOMEHOW bust out 4 or 5 combos and have 3 creatures with 8/8 by the time you get to go again. I just feel as if levels should mean more.

Motto of D3 GO! The daily login rewards are buggy and don't appear. The UI is bad and goes off screen. Symbols on creatures dissappear. Something needs to be done about duplicate cards you receive, can't spend money and cards just vanish in thin air cause they are duplicates. Look at the reviews of their adventure time and marvel, etc almost all similar problems, figure something out D3 GO!

MTG puzzle quest I would give this game 5 stars hands down if it were a little easier to get the crystals you need to get boosters. It's not impossible, just annoying. However, I spent 10 bucks and got a decent start to my card collection, so if you don't mind spending a little, the game is quite fun.

Magic + Puzzle Quest = Awesome This game takes some getting used to. Unlike the other puzzle quest games this one has a lot of moving parts and it literally takes all the rules of Magic and adapts them seamlessly. If you can learn how to play, you'll be totally hooked.

F yah!!!!! I'm no money spent and loving this game. Literally the best of my favorite games. Excellent, recommend to all ages

Best of both genres Great timing and play mechanics only thing that i could complain about, and this is nit picking, is you have to touch the buttons with your finger completely still sometimes. Along with that i wish the ruins xp button wasn't so sensitive, maybe a dial?

Great game Love the game but there are server connection and lag issues. Once it's fixed 5 stars for sure. Been playing Magic for years and am happy to have a mobile version to play but please fix the lag.

Really fun. Really glitchy. The gameplay is my favorite of any puzzle quest variant I've tried. Really great approach towards deck building, and the mana management mechanic is exciting. The incredibly unresponsive interface, and glitches like dissappearing icons and text running off the screen, put a damper on the experience.

Very fun This is one of the best puzzle games I have played. The mix in of MTG makes it more of a challenge which is what a lot of games are lacking these days.

Game play is ok The puzzle and deck game play is fun but the game's slow and clunky menu system makes navigating around a pain. Some times you have to click twice in a menu to get somewhere. Speed up the menu system and I'd play more.

Progress reset Game just reset my daily reward for no reason! Was 3 weeks into my rewards this afternoon (while I was playing) and this evening it was reset! Total BS! Thanks for nothing.

It Has Promise The game is fun enough, but the store makes me a bit sad with how it is set up. Making rares harder to get based on the materials earned rubs me the wrong way. Everything else seems to work well and is refined.

Has potential The concept is solid, and I like the tie-in with MtG. However, this game has many of the same pitfalls mobile games have. UI is clunky, taps and drags don't register sometimes and lags a bunch. Same ol' "lives" system that limits you playing the game until time passes (ugh). It's a no for now

Great game A little buggy but that's expected. Some text reads off the screen as well as some touch controls not reacting in the menu system. As long as they keep up the updates coming. 5 stars when issues are fixed

Nice game Awesome puzzle game. I was a fan of the card game. Great new twist with the matching system. The user interface needs work. It doesn't look polish. The touch lags sometimes. The navigation between different screens appear amateurish. I expected more from wizards of the coast. Update: 2016 came and my daily rewards reset to "day 1". Really devs! Your coding is terrible... I give up. Uninstall.

Good game despite microtransactions This is a fun permutation on the Puzzle Quest type of games. The deck building options opens up a lot of avenues for various strategies. I would give the game 5 stars, but I refuse to give any game with microtransactions 5 stars.

Love it!! I'll be adding a very positive YouTube review on my channel "Dweller in the Cellar". SOON!! I've been a Magic-The Gathering fan//player for almost 20 years. I've loved the game, and the artwork since I first got involved. I'm so glad I came across this game!!

Fun I really enjoy this game. However, it's hard to tell what some of the abilities do. I play MtG, so I can kind of take a guess at what they do, but what about someone who's never played the card game and just wants to play a casual puzzle game? Regardless, I find this game really enjoyable.

Very good A very good game, but has some gaps. Namely when evolving a planeswalker, one would expect that the rocks required to do so would be more and more, and the bar will take longer to fill, and this does not happen. In my opinion it is clearly a bug, but maybe I am mistaken. Keep up the good work.

One of the better match 3 games But I can't go any higher than 3 stars because I hate being limited to no direct multi-player. It's basically single player and then "quick battles" which are online random ppl, THAT, might as well just be more A.I. battles.

Fun Magicish match-3 too much iap Unlike most match 3 games, you can't win just by matching. Instead, you use matches to play spells or abilities loosely modeled on magic the gathering. My main complaint is that because rewards are slow to accumulate and very limited in story mode after you play through, it pushes you hard toward iaps.

I want to see more spells. This game is in dire need of a patch. The daily prize is unavailable. The content for player v environment is too small and not hard enough. But worst of all there is no incentive to spend real cash when the only thing u can buy are glorified chances of getting cards u already have. The page u start with needs more options than just buy the "sweet" one time offer and the adventure


The original match-3 RPG!™ comes to the Multiverse in Magic: The Gathering Puzzle Quest! Recruit your favorite Planeswalkers, build powerful decks and defeat your enemies in match-3 battles! RECRUIT THE MOST POWERFULChoose the most powerful Planeswalkers in the Multiverse and build a deck worthy of these formidable mages. From Nissa, the deeply devoted green mage […] 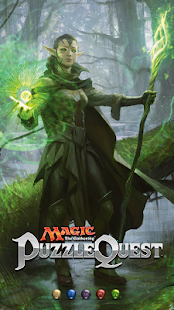 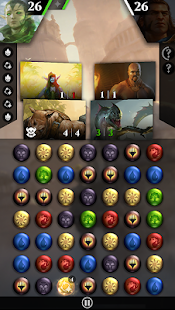 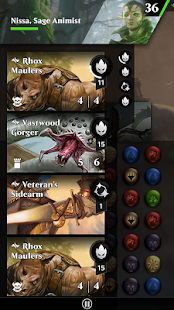 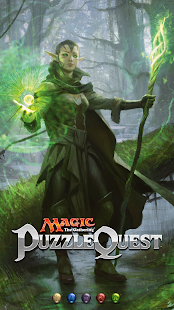 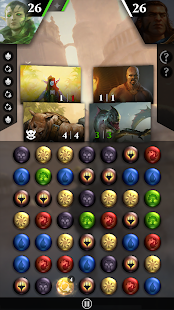 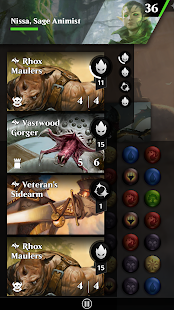 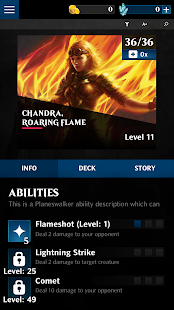 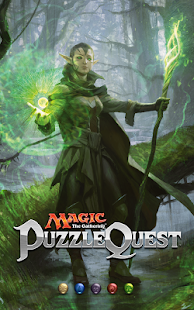 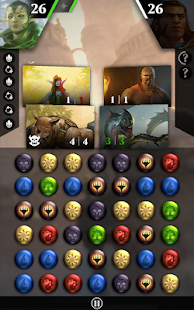 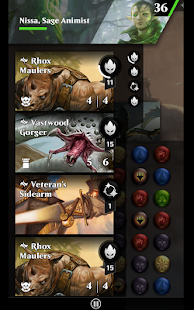 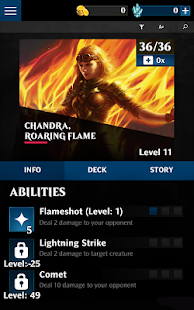