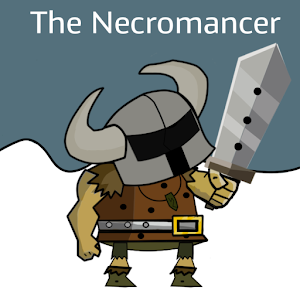 Update brought nothing I like this game a lot, was waiting for an update but the only thing different is the map and health view. I think you should add multiplayer. Until then 1 star is what it deserves.

How to use The Necromancer for PC and MAC

Now you can use The Necromancer on your PC or MAC.


Nice concept 1.Mages don't change cloak color after being reborn. 2.Rocks don't have any value at all except for creating obstruction. 3. Adding patches of bog(slowing down units), forests (decrease range of range units), hills(increasing range) would be nice addition. 4. Option to set where do I want my specific type of units in the army (like obviously mages would do better from back or centre) instead of irregular clumping. 5. New units like archers/gunners, catapults/ballista's, cavalry 6. Making the map larger

So easy. Get a magician and a general or two. Go to a giant and get the generals hitting the giant without getting hit and the sorcerer will attack the giant. Repeat until you get a giant. Don't be too confident as big armies still can kill it alone.

Incredible. A must have game. Anyone who sees this should totally install it. It's super rewarding and fun to capture the high class characters. One problem is that the mobs of characters are very hard to beat at the beginning of the game. Other than that one of the best time passing games I've ever played. It is amazing. 💀

More update please! Please update it. Put some upgrade like sword, armor etc. to the armies so the gameplay will be much fun! Also add more new armies and balance the health and damage of the armies!

Ai and rocks The AI and tbe rocks on the maps ar ethe only real enemy, the AI attacks anything near it no matter what is unless ur movinv and the controls are very clumsy, but other than that i enjoy the jdea of the game, developers please fix AI

Simple and funny, good to kill some time. But it needs more work - new units, multiplayer etc. Plus, there are some bugs - controls can lag out, you can spawn inside the big enemy team, so you'll die 100%.

Liked the game. Hated the controls. This game would have benefited from a click and drag instead of floating directional.

I really liked it at first! ! Like all the other descriptions from other people is exactly what's happening to me you have fun playing it but then there's glitches where you can't control your army I finally almost to the end of the first level which I tried probably 30 times had seven of the Big Stone guys massive Army and out of nowhere about ten of the red horns were able to completely destroy my Army out of nowhere makes no sense to me I don't like the game anymore it's too frustrating to try and get past just the first level

Remove the rocks! It becomes almost impossible to move when you're army gets to a giant size because you're just getting stuck on rocks I think there's no need for rocks at all it just males the game worse

I liked the game,but i have one complaint.Idon't like how there is a limit on how many units you can have.

Needs stuff Needs upgrades like start unit upgrades, then it would be a 4 if you added a shop to buy units for your army with special units then i see a 5 star

Its a bit laggy And add more units plz

It's a great game, but the controls suck. In the next update could you make it so the troops follow your finger.

Love the game but i don't like that you out number them by 3 to 1 but still lose.

I thought that the wizard was way way to op

AI sucks ass Extremely hard enemies spawn at low level, when fighting armies, random, more badass armies come and kill yours mid-fight. Your high level troops despawn at random times and for no reason. Music is very annoying (just use Spotify while playing). No multiplayer, and the entire concept was stolen from someone else.

Review I killed two golems and recruited them and had a huge army of witches and suddenly my army was reset to 20 foot soldiers and one golem once I killed a 3rd golem. It's super fun to play. If there was a way indicating the health of an enemy golem it would be great. I don't know if the army reset is a bug or that's the way to play. Please respond to this. Also I saw Markiplier playing a game like this a while back but it's PC version.

Mages are too powerful I think that the fireballs are way to powerful, cause outnumbering mages just doesnt work. a. their bullets travel really slow that gives them time to hit my men, b. they penetrate literally everything, the bullets should have a penetration limit, c. the bullets also travel really far, that can reach way beyond my men at the back. sooo... they need to be less OP


You take the role of necromancer general who can resurrect fallen enemies to use them to his forever growing army. Destroy the enemy army, and the fallen enemy soldiers will fight on your side! 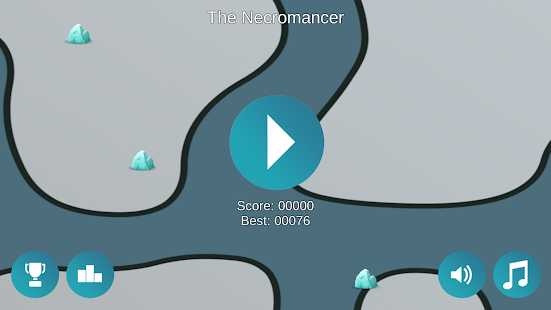 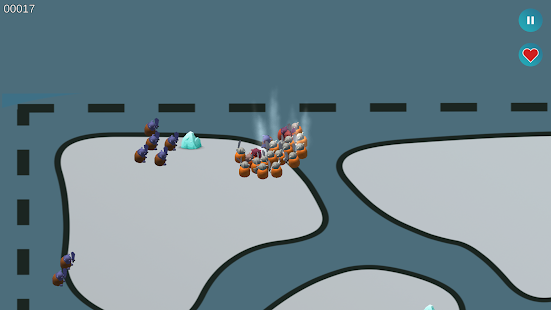 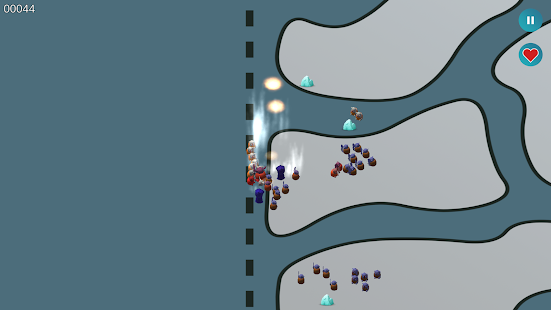 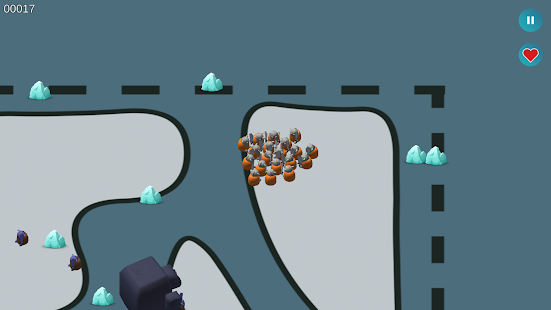 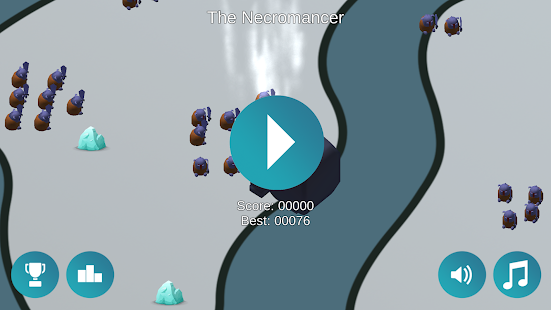